EVERY BRACELET CLEANS TRASH FROM THE OCEAN! The effects of having plastic in our ocean.

The effects of having plastic in our ocean. People don’t realise the impact plastic has on our environment, agriculture, and the planet. Every single piece of plastic that ends up in our ocean is another step towards making another marine species extinct. A National Geographic study in 2019 determined that there are over 5.25 billion pieces of plastic in the ocean; this adds up to over 265,000 tonnes of plastic floating on the ocean surface.

Following Business Insider article published in 2015, there is a total of 228,450 marine species worldwide, meaning there is 23,026 times more plastic in our ocean than marine species. This ranges from Marine life like seaweeds to blue whales but excludes all multi-celled marine organisms.

Yet, considering all the statistics written on this topic, it can be understandably frustrating when society continues to live the same lifestyle. We still continue to create all the same man-made single-use plastic to just throw into the environment. We still actively buy products which implement single-use plastics. And we still engage in the recycling behaviour (or lack thereof) which leads to our inevitable demise, which we like to call a single-use death sentence.

After all, plastics kill over 100 million Marine animals each year. To put some perspective behind this, there are only 13 countries out of 195 countries worldwide that have a population of over 100 million people. These numbers, if they were human deaths would account to the population of 11 countries dying every single year. Imagine: next year all the following populations will be extinct: Australia, New Zealand, Ireland, Norway, Finland, Singapore, Switzerland, Denmark, Hungary, Netherlands, Chili. Not because of world hunger or because of internal strife, but because of our war on plastic. What Is The Direct Effect of Plastic In Our Ocean?

Plastic has a huge effect on injuring and killing all types of marine animals like fish, seabirds, whales, sharks, dolphins, turtles and almost every other animal. If the plastic in the ocean doesn’t kill an animal it can cause injuries which make them more vulnerable to other species, that they normally wouldn’t be.

Marine plastic pollution has directly impacted at least 267 species worldwide, which includes 44% of bird species, 86% of all sea turtle species and 43% of all marine mammal species. The main fatalities on marine animals are normally due to a result of digestion, starvation, suffocation, infection, drowning and exhaustion. (studies found here ‘Clean Water Action’). These are some reasons why we need to know the effects of plastic in our ocean.

What Happens To The Plastic In The Ocean?

The paramount reason plastic in our lives is due to how intensely tough, versatile, and strong it can be. But due to these core strengths, a serious issue when it comes to plastic decomposing. According to the Daily Sabah plastic decomposition will average between 10 and 1000 years. Considering the most popular plastic, plastic bottles we can see a decomposition rate of 450 years. Yet, plastic bottles are still being bought at an exponential rate of 460 billion each year. (Mind Blowing!)

When considering the process of plastic decomposing, it begins breaking down slowing decreasing into microscopic particles. During this process of the plastic breaking down we have marine species of all sizes from whales to microorganisms feeding on this plastic.

Is It Bad To Be Eating Fish That Have Had Plastic In Their Systems?

The short answer is yes, digesting plastic releases chemicals and toxins through the body that are extremely unhealthy for any human or animal to digest.

Our mission and first responsibility are to eliminating plastic and ocean pollution affecting all the humans and marine life on the planet. 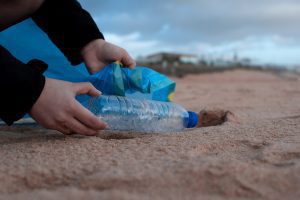 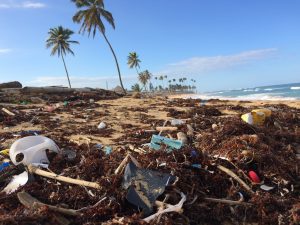 Importance of Environmental Awareness and Spreading It 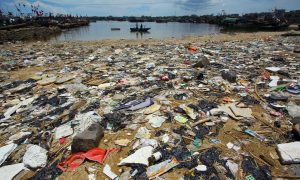 The Importance of Environmental Protection

It is our mission to clean the oceans around the world of all pollution. Together we can change the world and make this planet a better place.